After I published the post about her art (http://ninehoursofseparation.blogspot.com/2011/02/beautiful-artists3-noa-charuvi-visual.html), Noa Charuvi posted a comment saying: "The Bedroom is based on a photograph by Activestills, an amazing group of photographers from Israel\Palestine committed to political and social wrongs".
So I checked Activestills' website, and I found their work to be extremely powerful and fascinating. This is what they say about themselves: "The Activestills collective was established in 2005 by a group of Israeli and international documentary photographers, out of a strong conviction that photography is a vehicle for social change. We believe in the power of images to shape public attitudes and to raise awareness on issues that are generally absent from public discourse. We view ourselves as part of the struggle against all forms of oppression, racism, and violations of the basic right to freedom. We do work on various topics, including the grassroots movement and the popular struggle against the Israeli occupation, women’s rights, immigration, asylum-seekers, social justice, the siege on Gaza, and housing rights inside Israel. The work as a collective is based upon the belief that mutual work serves each photographer‘s personal statement, and that joint projects will create shared statements that are more powerful than individual ones. The collective, now consisting of ten photographers, operates in Israel/Palestine and focuses on social and political documentation, project production, publication, and exhibition."
This is their website: http://www.activestills.org/
And this is one of their pictures 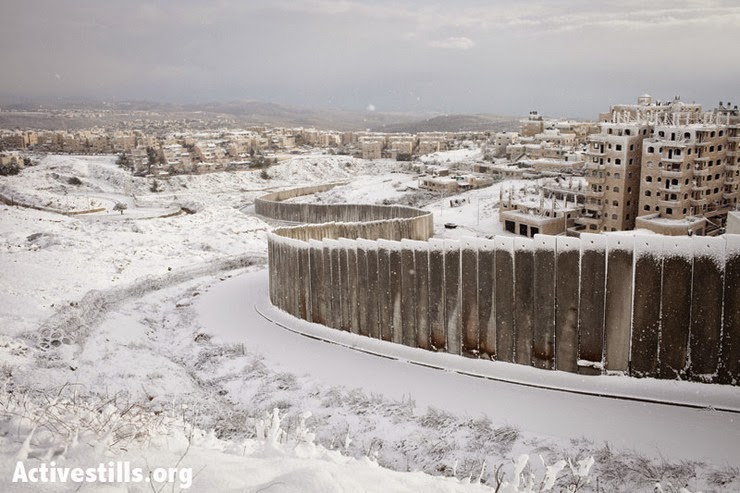